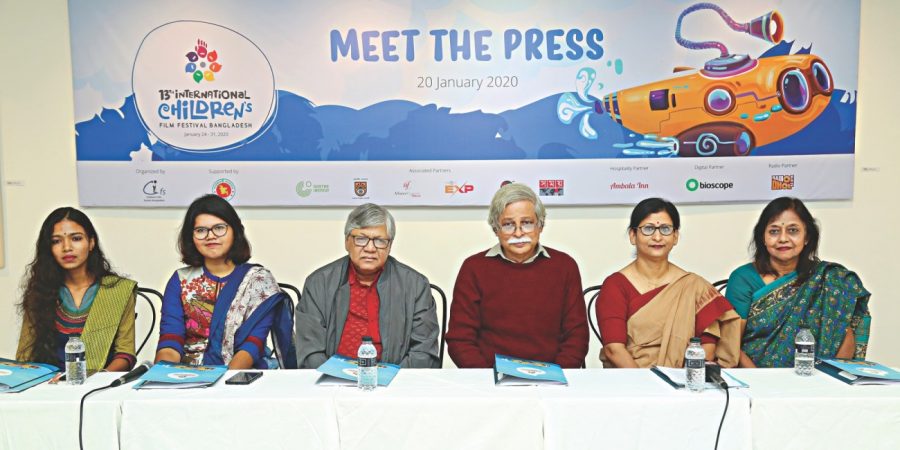 179 films from 39 countries will be screened across five festival venues every day, for free. All the films are especially made for children of all ages. In addition,  Nehal Quraishi, Piplu R Khan, Nahid Masud and Amitabh Reza Chowdhury will conduct workshops on cinematography, direction, sound in film and storytelling, respectively. There will also be sessions, featuring freedom fighter and battlefield photographer Haroon Habib and the first Bangladeshi female FIFA referee, Jaya Chakma.

18 films from 48 submissions will be screened in the Bangladeshi Children Filmmaker’s section, out of which five best films will be awarded. The Jury board for Child Film Section consists of five members who are below 18. Besides the ‘Young Bangladeshi Talent; section, this year, a new section, ‘Bangabandhu Through My Lens’ has been introduced, in celebration of the birth centenary of the Father of the Nation. Around 150 films will be screened from various countries in the ‘International Film’ section. Shamim Akhte, Ferdousi and Syed Salahuddin Zaki, Nurul Alam Atiq, Nur Imran Mithu and Abu Shahed Emon will be in the jury board of the varied film sections.

Morshedul Islam mentioned that close to 150 children are working in the festival committee. Dr Mohammad Zafar Iqbal said, “We saw our children grow through this festival. It definitely takes a lot to arrange an event like this, and it takes conviction to continue it for thirteen long years.”

“We have made special transport arrangements for school students and we also urge parents to bring their children to the festival,” said General Secretary Munira Morshed Munni.

Published in the Daily Star